Margaret McClure is a gifted songwriter who can write in multiple genres.  I have always been a fan and recently heard of her battle with cancer.  Below is part 2 of the story. Here is part 1. 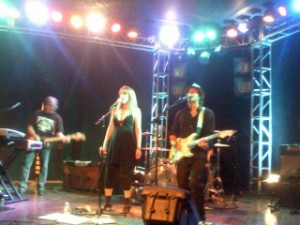 So for the next eight weeks, five days a week, I would come in to that place I loathed and at 10:15 am, I would lay on a narrow hospital bed right under this massive metal monstrosity that was straight out an alien movie. Small, thick, square glass windows would open with a screech and invisible radiation beams would penetrate my flesh. I have always had claustrophobia and this was a five day a week claustrophobic nightmare. Being unable to handle the reality of it all, I pretended that I was going to the spa instead of thinking about how this machine could easily crush me. When the creepy little windows opened to emit the radiation. I would close my eyes and pretended to be holding my two daughters hands or surfing perfect crystal blue waves.

Every day I got a little bit weaker and everyday my skin got a little bit more burned until I could practically see the heat waves rising from my chest. It felt like I weighed 300 pounds and I was walking on Jupiter. This was the kind of tired that doesn’t go away with a nap. Half the time I couldn’t even remember where I parked. Those oncology parking spaces started looking really tempting. I had to walk by them twice a day and I watched other patients park in them. One day I kind of lost it and I spit on one of those spots. But not once in those eight weeks did I ever park in one. 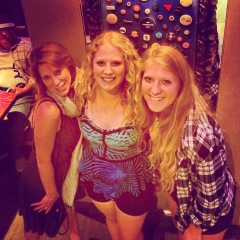 a huge lecture. “It really messes us up when your late” she would snap out. Since when do people expect a mother of two young children whose being treated for cancer to be on time every day for 8 weeks? I would think to myself. I wondered what she would say if I told her I was late because I couldn’t find a parking spot. Some days I would sit in the freezing lobby half naked, wearing my lovely gown, waiting for 45 minutes, doing jigsaw puzzles with the old folks because they were running behind. I started to get to know the other patients. Lucy had the 10:00 slot and Shelly the10:30 slot. Sometimes I would bring my seven year old daughter and Lucy would watch her while I got my radiation. Shelly was having esophageal radiation and couldn’t talk much but she talked with her eyes and she was really nice.I really liked Lucy. She was 70 years old, about one hundred pounds over weight, diabetic and was on her third bout with breast cancer. She was a brave lady and funny too. We would high five each other to celebrate the fact that we were able to fit a piece or two into the jigsaw puzzle once in a while. She was better at it than I was. She had had more practice. I don’t know if we ever finished one while I was there. I guess it didn’t matter, It was just an easy way for tired patients to pass the time when they had to wait. And we had to wait a lot. Not once did Debbie or anyone else ever apologize when they were running late. One day I called her on it and said “Hey, when I’m two minutes late ya’ll freak out, but we’ve been sitting here today for 45 minutes waiting. I think you owe us a pass next time one of us is late”. She actually agreed and never mentioned lateness again. I’m sure she had personal issues going on that I had no idea about and I sort of felt bad for her that day. 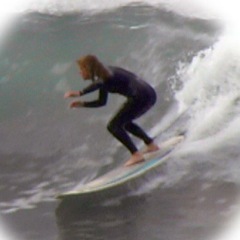 I’ll never forget the last day. My hair had started to grow back, it was at least an eighth of an inch of fuzz. I was very excited about that little sign of life returning. So I came in a little early without my usual beanie. I couldn’t wait to show Lucy. But for the first time that day she was not there.I asked about her and they said she had changed her appointment time. I thought maybe she didn’t want to say good bye and I respected that. But I was sad when I went back to get my robe. To make matters worse Debbie looked at my head and said “OMG! Your hair” I said “yeah It’s coming back!”. Then she said “Its orange!”. I was to tired and upset to respond. Plus I was struggling to untie the secret knot I had tied the day before in my gown. She yelled to the other nurse “Look at Margaret’s hair, Can you believe she is dying it already?”. I told them that that I did not dye it. She said that everyones hair always grows back grey. “Debbie! If I had enough energy to dye my hair it wouldn’t be this weird orange color” I said. She just laughed at me and rolled her eyes. “Wow…I’m so glad I never have to come back in here again” I said out loud for everyone to hear.

When I was done being cooked for the last time they all lined up in the hall and gave me a half hearted little graduation ceremony complete with a diploma. It was kind of nice but I was much more excited about finally being able to toss my gown in the laundry bin. I did not like the staff much, but I sincerely thanked them all because they had helped to save my life, just like I had done to every nurse, surgeon, doctor and technician who had helped before them. Without them I knew I would have been six feet under and I was thankful. With the hideous months of cancer treatment officially completed and without looking back, I walked straight out the VIP exit and felt the sunlight shining down on my orange fuzzy hair. 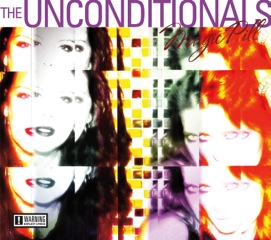 eyes. But not for the reason that you would think. These tears were happy tears. I was free and I was done with this horrible chapter of my life. I had defied the oncology parking spots and suffered because of it. But I was proud of my minor accomplishment. Although I could barely make it back to my car on the other side of that crowded parking lot that day ….I remember thinking about how I would be back surfing and singing soon, maybe taking my girls on a trip, and how I would find a place to get those ugly black tattoos removed. ….I decided this would be a good time to smile.

We all have tough times and face difficult challenges.  Reading Margaret’s story brings life into perspective.  So often, we worry about trivial things that are really meaningless in the bigger picture. Thanks to Mags for sharing this.